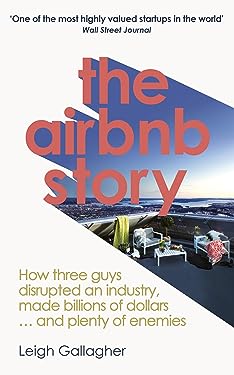 The Airbnb Story: How Three Guys Disrupted an Industry, Made Billions of Dollars ... and Plenty of Enemies

Who thought two guys with background in designing would build an empire that would disrupt the whole hospitality market and make top hotel, motel players and public policy people sweat! Joe Gebbia and Brian Chesky with Nate Belecharczyk challenged the odds. Three guys had one simple idea and a mission to build on something that already existed. They tapped on the need for the future and with an understanding of the needs of millennial- Airbnb was launched. A tech company that disrupted the world in less than a decade. They are the largest accommodation & experience providers without owning any property. They call themselves missionaries, not visionaries!

The story of Airbnb is not just a story book but a whole compendium of how a simple idea grew, challenges it faced, kept going with thousands of enemies and where it would be taken in the near future. Journalist, Leigh Gallagher has done justice to the idea with his work. A very well researched book, thoroughly explained instances unbiased information sharing makes it a pleasant read. One can get a clear picture of what kind of people are the founders and what it takes to build something like this up! The book is intense and requires rapt attention of the reader. The detailing of public policies, disclaimers and compliances of the states that a company/startup/citizen needs to follow part might spin-off your head. However, it does get balanced out in the chapter like "The Bad & the Ugly" and "Learning to lead".
In the end, I would recommend this book to all the people who are looking to build something up in the hospitality sector, or part of this industry. It will definitely give you many insights & fair idea of how it all works.

My take away is- "Early to be, early to rise, work like hell and organise"- Chris Lehane. 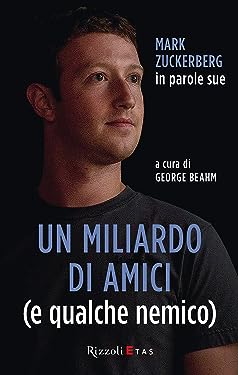 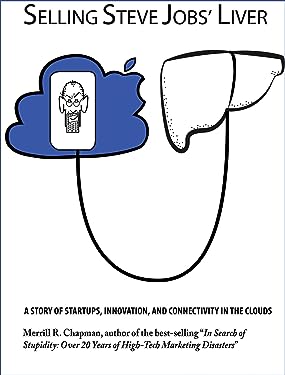 Selling Steve Jobs' Liver: A Story of Startups, Innovation, and Connectivity in the Clouds

So, Merrill R. Chapman's Selling Steve Jobs' Liver... is really as off-the-wall as the title suggests, and (spoiler alert) the title is not a metaphor. It's literally about a bunch of guys who cook up a business to sell off tiny bits of the visionary's DNA. Nate Pennington is who would happen if Seinfeld had been about startups. Hilarious, only vaguely moral and at heart, selfish and petty, he has the drive to succeed at any cost. Eye on the prize, social and family ties be damned. Does Nate care that his idea is fantastically tasteless? Nope. Does this make this book hilarious? Yup.

Nate's company Reliqueree creates the ultimate killer app, a way to keep a connection to lost loved ones by sequencing their DNA. First run units come with Steve Jobs! In true-to-form entrepreneurial fashion, his company is his baby, which is juxtaposed against his actual impending baby. His oddball corporate family - Boris, the master coder confounded by America and Ignacio, loyal friend a' la Sancho Panza, are far closer to him than his actual family. Angie, Nate's overbearing, Chinese, pregnant fiancé, and his intolerant mother are kept emotionally out in the cloud.

Chapman clearly knows his idea is nuts, as do his characters. Most committed and also most aware of the insanity is Nate himself. He's not deluded in any way and he hasn't drunk the cool-aid. There is no cool-aid, only ROI. It's delightful to watch him twist himself in knots justifying that the uLivv isn't some ghoulish Franken-device. As critics and naysayers descend on him, he doubles down on the crazy and commits further like some high-tech Max Bialystok.

Treated with simultaneous reverence and ludicrous disrespect are the remains and legacy of Steve Jobs himself. The scheme seems more like an elaborate eFuneral for the man as opposed to a business plan. As his DNA is turned in to paint and his persona uploaded in to Siri on steroids, you kind of get the sense that maybe, there's a 1% chance that this is what he may have wanted. It really is a twisted love letter to the man who brought us so many wonders. Steve Jobs was a man loved by people who didn't know him and loathed by many who did. He inspired millions of dreamers when he was alive, and brought back from the dead in app form? Maybe he'll be able to inspire billions! And also make Nate a rich, rich man.

Chapman peppers the story with insider speak, but it doesn't get held down by jargon. He knows his stuff about the tech industry. In the cramped startup warren of Reliqueree, you get the sense that the author's been there and done that. Ninety hour weeks, air mattresses, pizza for breakfast, showering at the Y - check, check, check and check. There are at least a dozen seemingly viable business plans thrown out at random as jokes or asides. Oh, and pour yourself a fine red wine when you get to the "unboxing scene" and just soak in the wonderfully weird Gruezén.

The occasional drift in ty start-up speak won't throw you off too far, especially when you have a main character who "Gas Lights" his senile mother by hiding her purse in the fridge. That my friends, is just business. Stealing Steve Jobs' Liver had a lot to live up to - with a title like that it had a really good chance of falling over its own concept on and on to its face. Like a successful start-up, it takes big risks and they pay off. Beyond being hilarious, it has some decent sized balls and is one of the most entertaining books I have read all year. 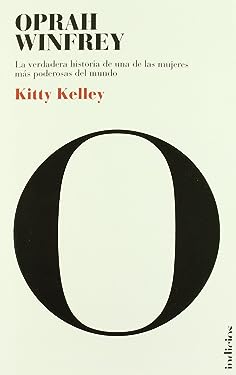 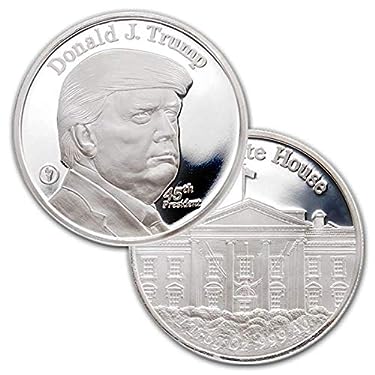 Wonderful for a new collector. He is soo happy. 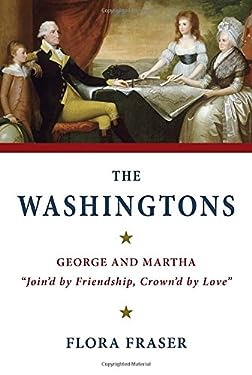 The Washingtons: George and Martha, "Join'd by Friendship, Crown'd by Love"

While an entertaining read, I found the lack of detail about the personal lives of George and Martha Washington disappointing. The book clarified some misconceptions, e.g. Martha, while she was indeed older than George, the age difference was only a few months. We learn that Martha and George were often together in winter camp during the Revolutionary War, but little about their interactions with others or each other. Unfortunately, of course, they both destroyed most of their personal correspondence, but surely there are letters or memoirs of people who stayed with them and dined with them when they were both already held in high esteem. I would have enjoyed reading more about those interactions than merely that Martha had grown plump, or that George remained largely silent. Perhaps this book is the result of the lack of such information, but that is hard to believe in an age of letters and diaries.

The communications between George and his siblings, and with his step-children are enlightening, not only as to their relationships, but as to George's values and economic sense. I came away with a better knowledge of those interactions than of those between the couple. Unlike some of the other reviewers, I thought the information about the purchases of goods from overseas very informative. The Washingtons wanted quality and fashion. There was vanity and nobility in the household, and the Washingtons' interactions with their agents and the items they sought fills out those traits, and their personal tastes in consumer goods.

The book yields a better sense of the household and its operations, and of the relationships among the extended family. The relations between George and Martha are still veiled, at best, and that may be how it remains (it was certainly how they wished.) All in all a good read, and worth the time. 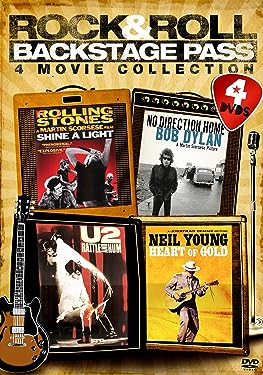 When I recived this package I could'nt decide which disk to watch first. So right off the top was U2: Rattle and Hum. I was floored when the band opened with Helter Skelter. It was Awsome. I did not know that much about Bob Dylan before this rockumentery, and was amazed how much influance he has had other musicians. Neil Young: Heart of Gold, I can crank this one up, and it does'nt bug my wife. The Rolling Stones, Love 'em or hate 'em, you will allways find yourslef singing along. This package is SO COOL! 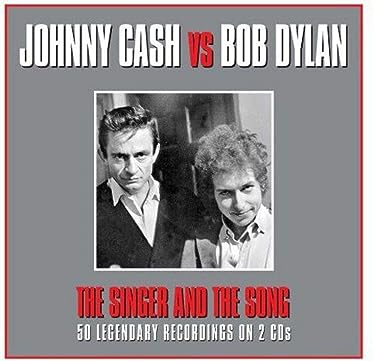 My husband and I both like Dylan and Cash, so I thought this would be a fun CD to have, and maybe bring on a road trip. And there are definitely some good tunes on it, cleverly arraged. But WOW, the sound quality/production value of the Dylan tunes is just beyond low quality! They don't even sound professionally recorded, while the Cash tracks absolutely do. I am not a singer nor a musician nor a sound engineer... in fact, I don't even have a very good "ear" for things like pitch, tone, clarity, etc. But even I could tell that something was "wrong" with Dylan's tracks. I've been listening to Dylan since I was a kid. I have never once thought his harmonica sounded shrill until I heard this CD. Is it possible these recordings are just so old that he didn't play as well back then? Maybe. But that wouldn't explain the other problems with his tracks on this CD... his voice literally fades in and out, to where you can barely hear him at times, and the recording sounds fuzzy and "warped" or warbly (sorry I don't know the technical term for that) in places, like an old cassette that got left in the sun or fell into a pool or something. Not a pleasant auditory experience. I'm not sure how or why Dylan would have released these thoroughly unpolished tunes for public consumption. As is, they sure don't do any justice to his immense talent and legacy. I'm returning it, even though it was cheap. 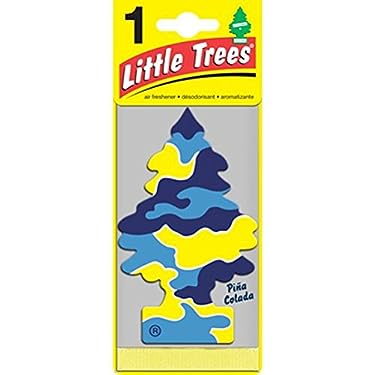 Cheaper than Little Trees website. & sure it's only 3, but it's great if you don't want so much of them. 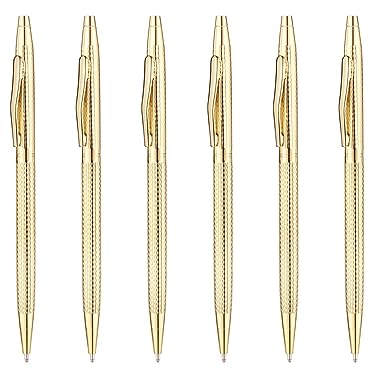 They look nice but each pen lasts about a day!! The pen will stop retracting the tip of the pen. At first I thought it was maybe one and then every pen I used after that did the same thing!