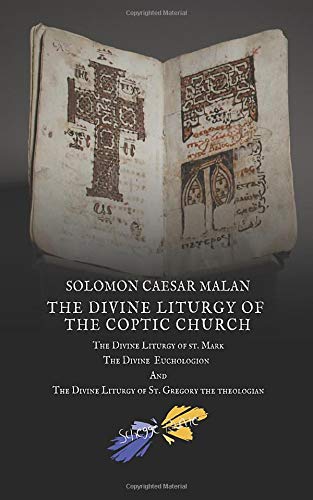 THE Egyptian Church, seems to have used, apparently from an early date, three liturgies —that of S. Basil; that of S. Gregory the Theologian (or of Naz.) ; and that of S. Cyril, also called the Liturgy of S. Mark. Whether or not those liturgies, or, rather, their original framework, was written in Greek, certain it is that they must have been translated into Coptic even during the Greek period of the Egyptian Church, for the use of the many who only understood and spoke Coptic; as they were afterwards translated into Arabic for the benefit of those who only understood that language. But, with the translation, considerable additions and alterations were made, rubrics were introduced, and the ori¬ginal of those liturgies, whatever it may have been, was so interpolated, .that one cannot now tell wherein it lay.Rev. Solomon Caesar Malan
View on Amazon
Per gli appassionati di liturgie orientali è un testo da avere