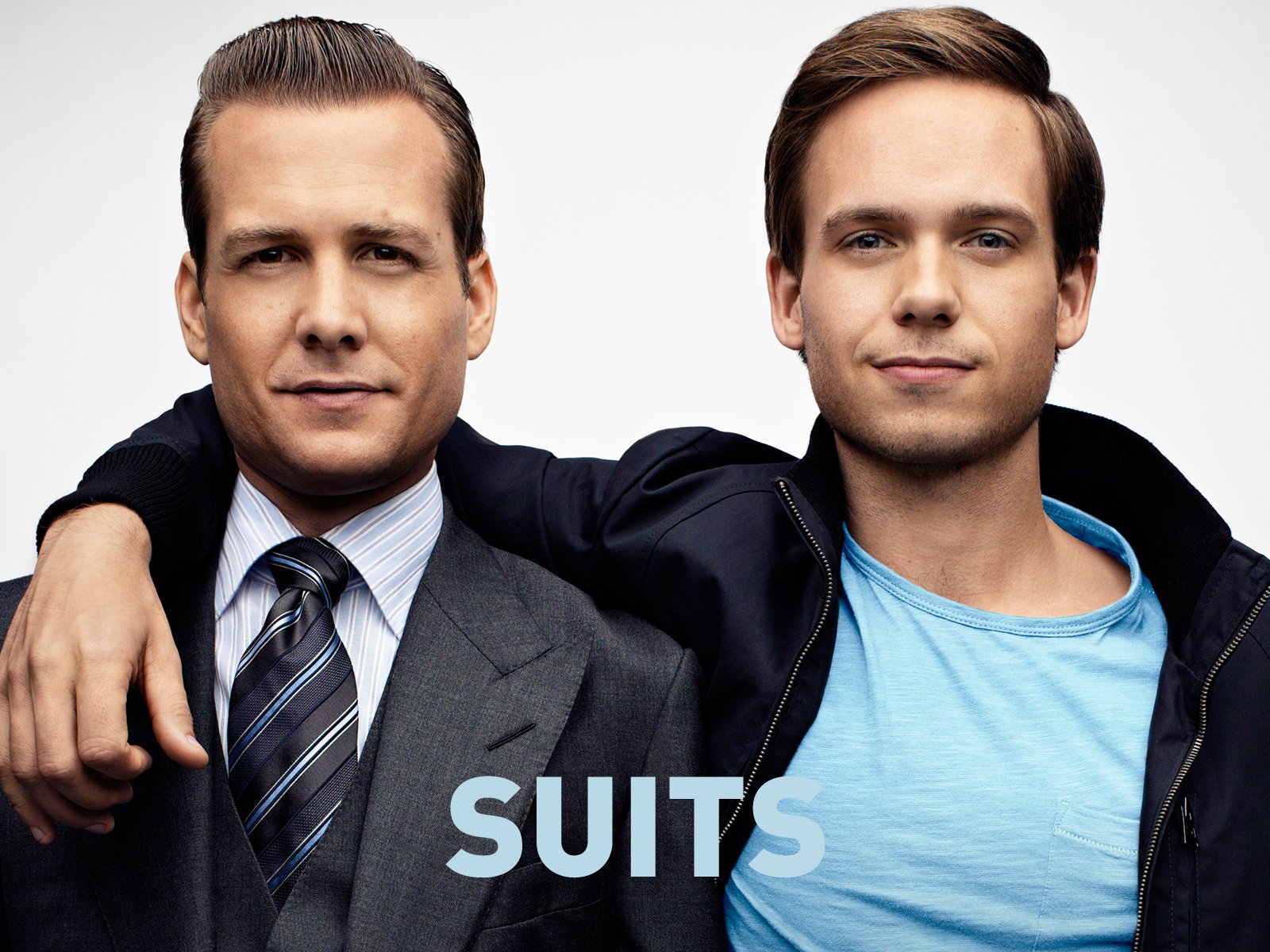 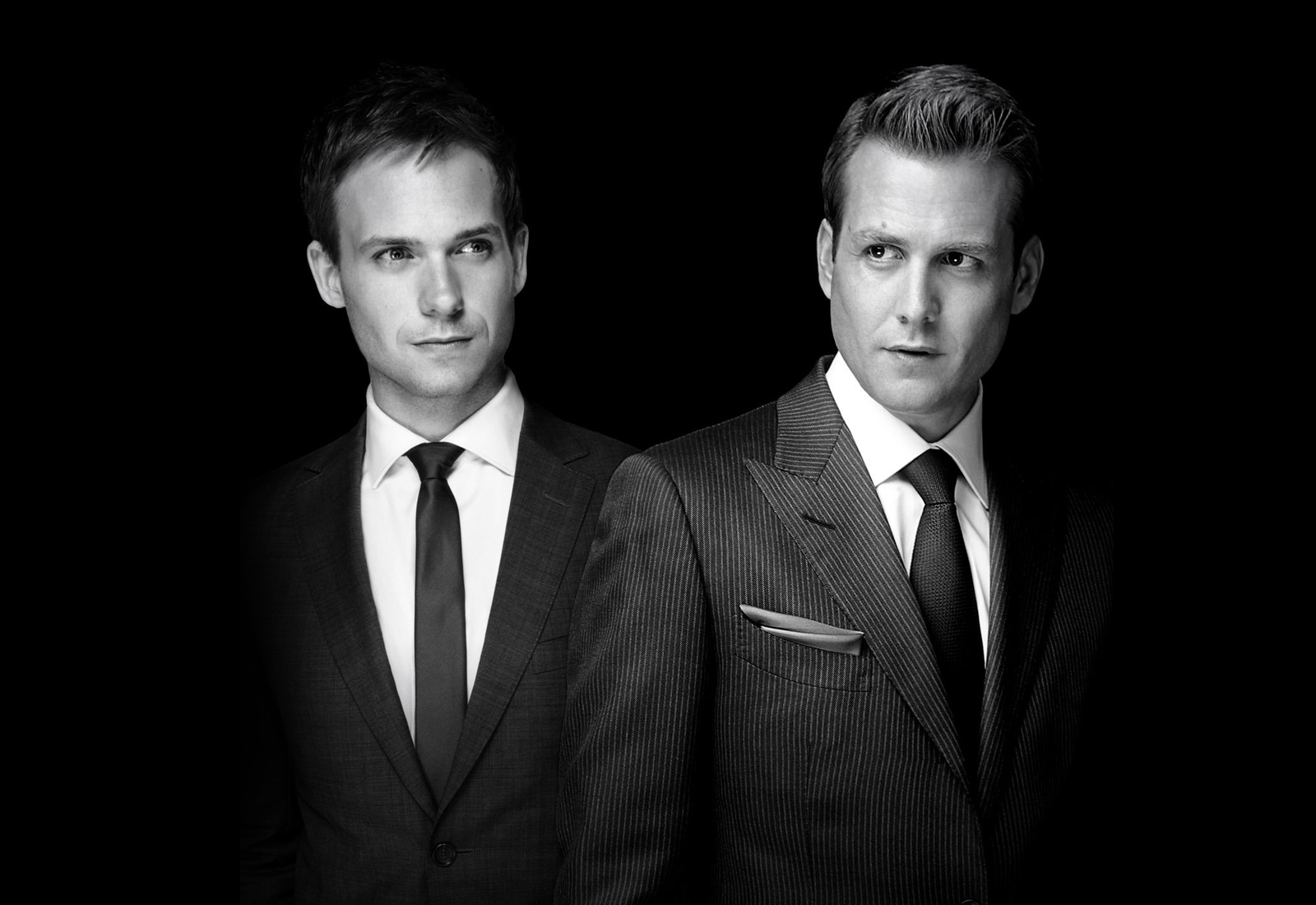 View on Amazon
It's undoubtedly a fun show to watch, but the premise is a stretch to say the least.

*Spoilers*
I doubt that any major NY firm (or any firm, for that matter) would hire or keep Mike as an associate considering his situation. If they are impressed with him, why not hire him on a part-time basis, help him complete his education (should be a walk in the park for him), and do things properly?

Also, all this sleeping around of the main characters gets old very quickly. What is this, the 18,878th show that uses cheap sex to keep the action going?

So, I am not necessarily a big fan of office dramas, but a friend told us about the show...

This is a seriously good show. Gabriel Macht and Patrick Adams make a great team... the supporting players start out kind of stereotypical, but they get developed nicely, starting in the third episode.

Louis Litt is perfectly played and Rachel and Jenny are strong and get fleshed out as the season moves along, as well.
I am glad that the other characters are getting their screen time too...
Eagerly awaiting the beginning of the second season... oh wait, I can get it any time I want, because they are on Amazon... got to love video streaming.

I like it. It is smart, sassy and even has a little romance too. The interaction between the various layers in the law firm hierarchy is interesting. Sometimes I think it goes off the deep end. For example, it's hard to believe that people like Louis Litt really exist, but I have never been a member of a law firm so perhaps I am wrong. BTW, Louis (Rick Hoffman) would do a bang up great job of playing Friday in a revamped Dragnet. He would probably be better than Jack Webb was in the original.

The NY City visuals are stunning. A must see on HDTV.

With 16k+ reviews at a full 5 stars I had very high expectations for this show. Maybe that's the problem. I was expecting more but found it to be fairly formulaic and cheesy. Some scenes were so predictable and short that it felt like they were trying to check off a box. Rick Hoffman's character is so creepy I almost turned it off. And yet I guess the ironic part is that despite everything I said above, there is a good chance I will keep watching the show. Something about the relationship between Harvey and Mike makes it worth watching especially if you take the show for what it's worth. Not brilliant, but entertaining enough when you are looking to wind down after a hard day with mindless TV.

I don't have cable and would probably not have heard of this series if it wasn't for Meghan Markle being in the news these days because of her recent engagement. I've watched several episodes so far, and they are not bad. I will keep watching on Amazon prime.

This series is a fun romp though you do have to suspend your disbelief to get into it. It reminds me a lot of White Collar, same sort of relationship between the two leading characters.

My biggest complaint is the clothes that the actresses wear. I mean, really? I doubt that even fashionable women in NYC wear clothes like that. The designers might as well draw arrows on the fabric to make sure viewers don't miss any of the "good" parts in the female leads.

You know what I would really like to see—male actors doing their bits wearing mega-high heels, skin-tight dresses with accentuating zippers, and shirts cut down to here. I know the women are there to give the male viewers something to drool over but really? Sometimes, the women's clothes just make me laugh out loud.

I watched Suits when it first came out on USA network and loved it. Enough time has passed that I decided to watch it again on Prime. Just as I remembered, Season 1 was fantastic. I stopped watching it on USA after the beginning of Season 3 because I was just so tired of all of the ridiculous conspiracies, but I suppose that is a review for Season 3, not Season 1!!!

Season 1 has so many good things going for it - great dialogue, realistic portrayal of young 20-something's, gorgeous actors, but MOST IMPORTANTLY, I like that Mike is trying to turn his life around and make better decisions. I like that in Season 1, Harvey is a rule-follower. I like that despite a lot of smack talk, it feels like there is genuine camaraderie between everyone at the firm. Again, these things start falling away in Season 2, and definitely in Season 3, which is why I stopped watching it. (same exact problem with The Good Wife, in my opinion)

I am going to give the Seasons 3+ a try - I'll see if I can stomach it better this time around!

Ridiculous, imprudent, reckless and brash. The rule of law doesn't rule Suits Season 1. I admire the complications the judicial system can and will inflict on the innocent and guilty, the victims and perpetrators. We are all equal in the laws written in the books, however, we are all unequal in the unspoken waves of how the written laws are interrelated. That is the impetus of this show. That is reality in our society. I admire the righteous and ethical attempts of Suits to keep people on the straight and narrow paths of heartfelt goodness.

I bought this as soon as it was available, having seen most of the episodes on Dave TV. A slick drama/comedy based in a high-end law firm in New York City, it features the usual 'smart' characters one would expect of this genre. However, there's a twist; one of the lawyers didn't actually go to law school or even qualify in law. The one thing Mike has is a perfect photographic memory; once he reads something, however complicated, he remembers it completely. Thus he starts the series as a bit of a slacker, until he meets Harvey Specter, the extremely slick real lawyer and manages to get confused with the other young lawyers being interviewed for a job. Harvey sees a bit of himself in Mike the chancer, and gives him a job, even though Mike isn't qualified. There follows a series of adventures where no one in the firm must find out that Mike isn't really one of them, but by the end, he's like a mini-Harvey, in a similar expensive suit. It's very entertaining, and is well acted. The supporting cast is particularly good, with Harvey's nemesis, another lawyer named Louis Litt being particularly well portrayed. If you're old enough to remember the 80's series LA Law, the action and style is similar, but always with the twist that Mike isn't a real lawyer. Thoroughly recommended; Season Two is due out soon, and having followed this on Dave TV too, I can't wait!

I knew about Suits but hadn't seen any of the episodes but what a revelation when I did watch it. Its great and I'm sorry I didn't watch it sooner. However, I do have 9 series to catch up with as I know series 9 is the last one. Harvey Specter is unscrupulous and determined but he gets what he wants, usually. The other characters are great too.