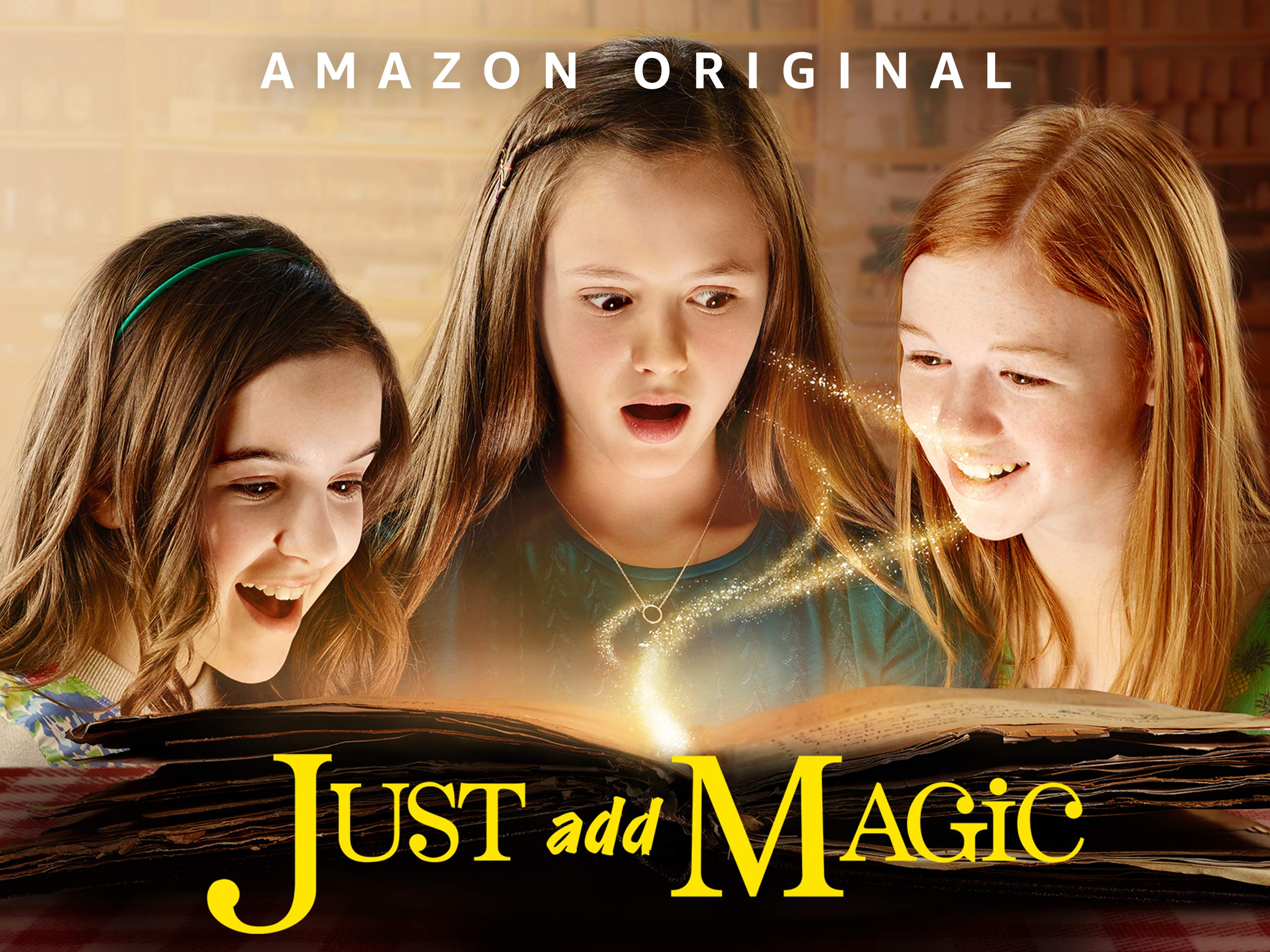 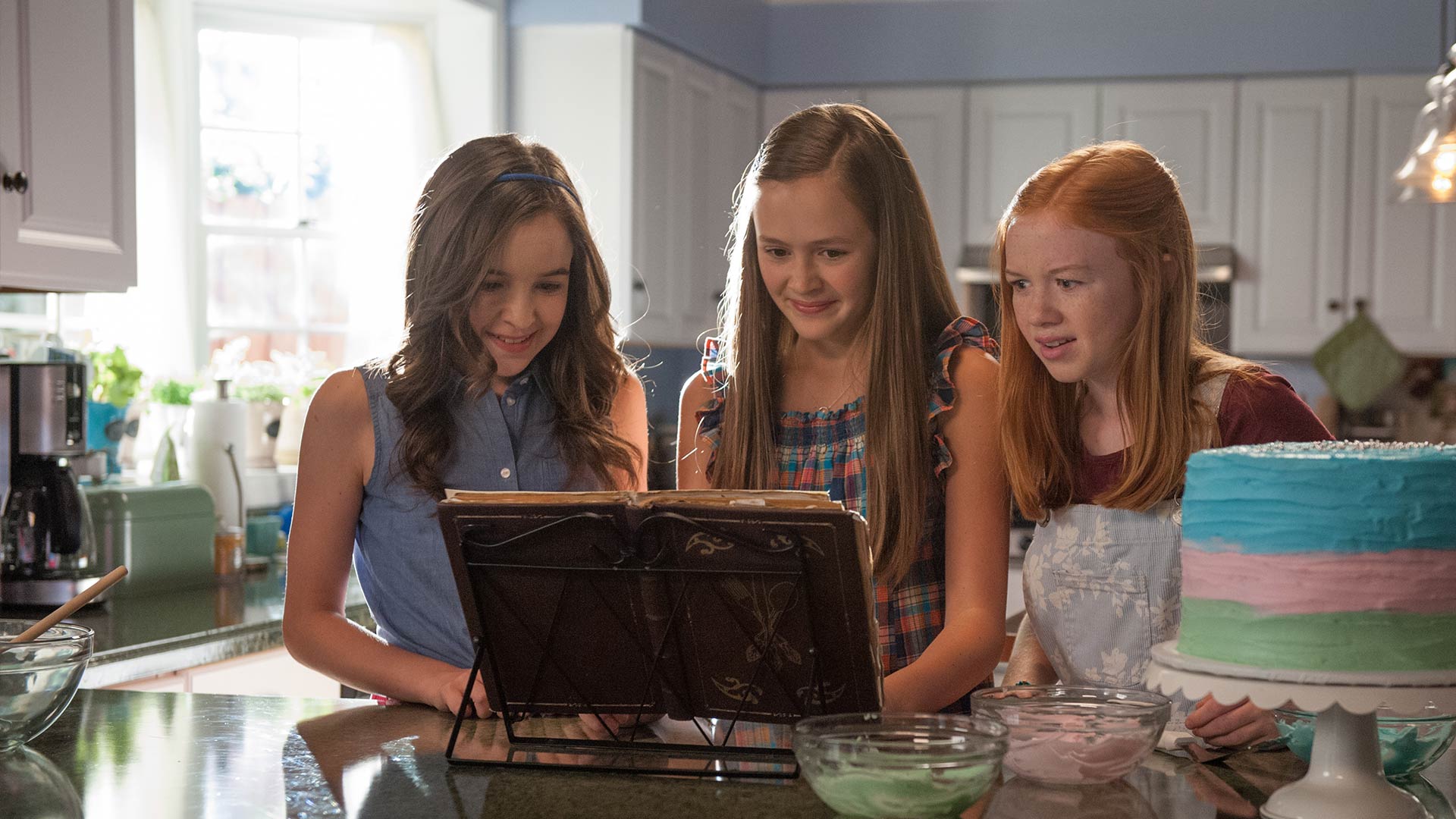 View on Amazon
I'm a grown man but I enjoy watching kids shows old and new. I was a huge fan of Boy Meets World when I was a kid, I'm now really enjoying Girl Meets World. Seeing kids shows that inspire kids to do good things is always nice. This is a great show and you can really tell that these three girls are friends who really care about each other. Great morals.

The only suggestion I have to make the show better is to post a recipe of something cooked during the episode at the end of each episode. I think it would be fun to follow in the footsteps of the characters when it comes to cooking.

UPDATE: Just finished watching the entire first season. My wife and I really enjoyed it from start to finish. Even for a "kids" show it kept us guessing. It gave us a lot of laughs and neither of us guessed at the surprise twice at the end. We really hope it's brought back for a second season.

My daughter is 6 years old and she loves shows with middle/high school girls. She loves the fashion, the friendship element and the independence the characters seem to have. I don't like those shows for her because she is still a too young for the teen angst. So we often disagree about what she can watch (Strawberry Shortcake, Sophia, Lego Friends) versus what she wants to watch (Ever After High, Monster High and all of the teen shows on Nick). With that being said, we are both in love with this show. The cooking element is really neat and the magical elements are cool. The girls are not too young and not too old; they speak in age-appropriate language and they dress very realistically. I love that they are smart and my daughter loves that they have a close bond. The addition of the boy sidekick is a nice touch and the mystery aspect has us hooked. We have made it to the 9th episode and already we are sad that the season is almost over for us, but my daughter is looking forward to starting the shows over from the beginning.

My two older daughters (ages 7 and 5 1/2) immediately fell in love with this show, and so did I!

<Warning: the next paragraph is a rant!> I am so sick of children's TV shows featuring snotty, over sexualized, wealthy, scantily clad, sarcastic and/or rude children who have minimal (if any) adult supervision. A great example: Jessie on the Disney channel. These children talk back, show off about their wealth, act obnoxiously, and can anyone explain why Emma is wearing cocktail dresses to a playground in Central Park?! And while we're telling our children to be nice to each other and to strangers, these kids yell at each other, call each other stupid. make fun of each other and insult intelligence, all with a laugh track to tell our kids, "Hey, that's funny stuff!" It's exactly how I *don't* want my kids to behave! <end rant>

And then - POOF - amazon delivers a new show featuring 3 best friends who treat each other so nicely. They are looking out for each other, and the main character even (GASP!) apologizes to her younger brother. The girls aren't sporting short skirts and high heels, and they genuinely care about each other. WHOA! And it's really fun to watch, too!

Bravo! Kudos to amazon for this show. I hope we see more "Just Add Magic" and more shows like it!

The power of three, links to the past, and young women who have special powers are familiar tropes, but Just Add Magic manages to bring a remarkably fresh perspective to these well-worn paths. Because the spells are engaged initially only through a cookbook found in the attic in the home of primary character Kelly Quinn, viewers can enjoy the fun of the mystery and magic without following the characters' hearts to unnecessarily dark places. Whereas many series get bogged down in long story arcs, Just Add Magic effectively weaves in an overarching plot while offering a new manifestation of the spells in each episode. Although the series starts off slowly, the adventure picks up rapidly after the characters of Ms. Silvers and Mama P. are developed. The young cast members are effective, and Abby Donnelly as Darbie is especially good, playing Kelly’s sidekick in a manner reminiscent of a less-acerbic Sam Puckett (iCarly). By necessity, the parents have to remain unaware about the goings-on in their own home, but they are not treated as ineffectual, and surprisingly, they actually contribute more than just whatever obstacle is needed to advance the plot for a given episode. Much credit should be given to Cindy Callaghan, whose books inspired the series, and to the direction, which is consistent and never distracting even though a number of different directors are involved. The series is thought-provoking without being preachy, humorous without being crude, and suspenseful without being gory. Overall, Just Add Magic never allows the central theme of the magic cookbook to overwhelm the human drama in the relationships between the friends, frenemies, and family members. It is a series that, while like Spooksville and Goosebumps, is clearly intended for young adults, it is also one that is interesting enough to entertain viewers of all ages. Amazon has been producing very good series for young adults, and these shows are a compelling reason to keep or start a Prime membership.