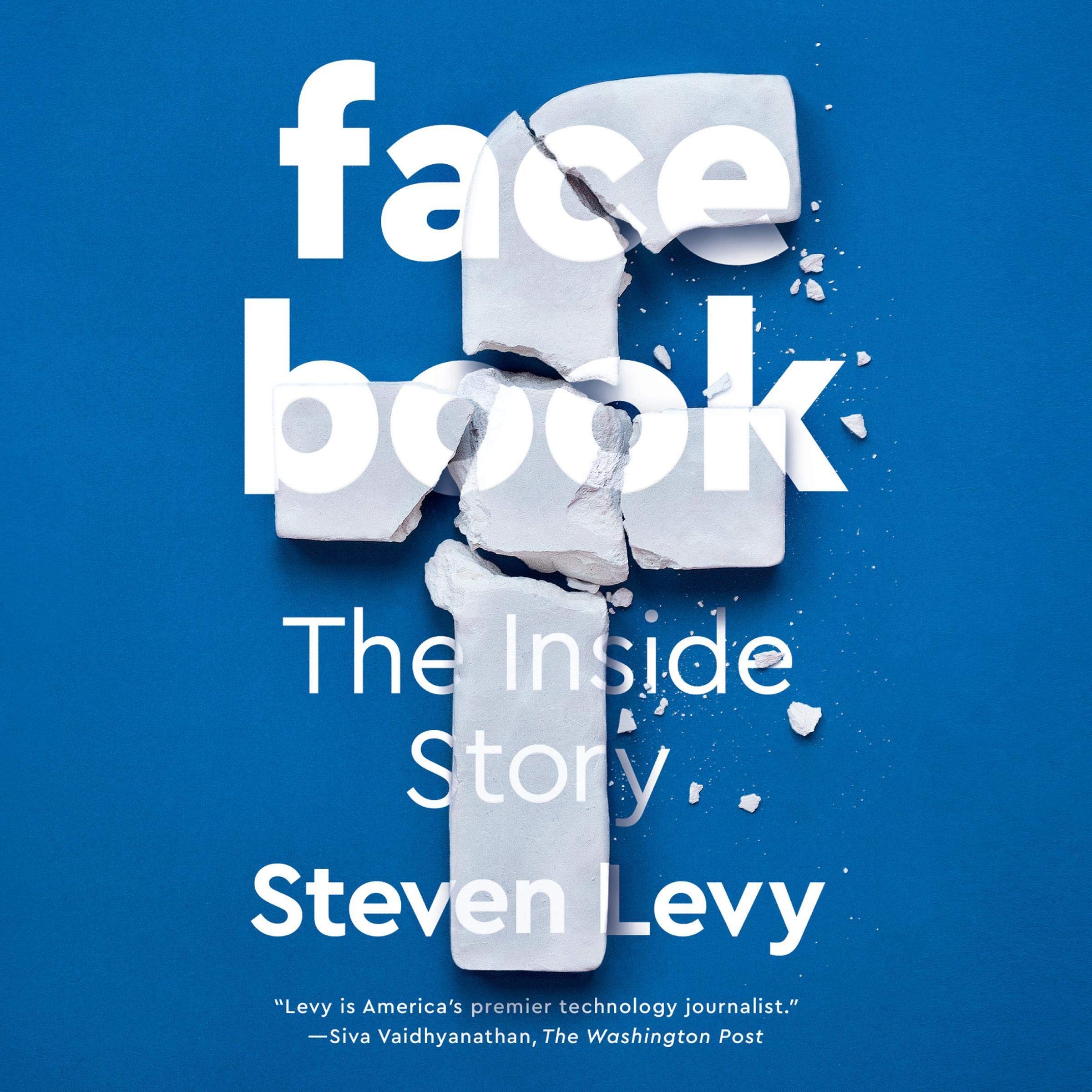 "Levy’s all-access Facebook reflects the reputational swan dive of its subject.... The result is evenhanded and devastating.” (San Francisco Chronicle)

“[He] doesn’t shy from asking the tough questions.” (The Washington Post)

“Reminds you the HBO show Silicon Valley did not have to reach far for its satire.” (NPR.org)

The definitive history, packed with untold stories, of one of America’s most controversial and powerful companies: Facebook.

As a college sophomore, Mark Zuckerberg created a simple website to serve as a campus social network.

Today, Facebook is nearly unrecognizable from its first, modest iteration. In light of recent controversies surrounding election-influencing “fake news” accounts, the handling of its users’ personal data, and growing discontent with the actions of its founder and CEO - who has enormous power over what the world sees and says - never has a company been more central to the national conversation.

Millions of words have been written about Facebook, but no one has told the complete story, documenting its ascendancy and missteps. There is no denying the power and omnipresence of Facebook in American daily life, or the imperative of this audiobook to document the unchecked power and shocking techniques of the company, from growing at all costs to outmaneuvering its biggest rivals to acquire WhatsApp and Instagram to developing a platform so addictive even some of its own are now beginning to realize its dangers.

Based on hundreds of interviews inside and outside the company, Levy’s sweeping narrative of incredible entrepreneurial success and failure digs deep into the whole story of the company that has changed the world and reaped the consequences.

View on Amazon
Steven Levy interviewed me for this book on November 5, 2018 in San Francisco. I'd like him to release the audio recording of our interview because much of what I've read so far is factually inaccurate, contradicts what I'm certain I told him (and what I published in my own book, which he cited), and omits key details. Unless my memory is wildly inaccurate, one minor point seems to be fabricated. This is all surprising, since on May 31, 2019, Steven e-mailed me stating, "Fact checking in next few months...." Yet I never heard from him or anyone else at Penguin Random House to check any facts at all.

In short, don't believe everything you read—especially when written by journalists who boast about years of access to billionaires and their accomplices. Access journalism isn't journalism, it's corporate propaganda, and this is sadly no different.

This excellent book tells about the good of Facebook and the bad of Facebook. This book is very detailed about the history of Facebook and the Facebook leaders. In early 2009, Facebook moved to its new 150,000 square feet Headquarters at 1601 California Ave. in Palo Alto, CA. Facebook was mentioned in a third of divorces. The controversial events that Facebook have been involved in within the last several years have resulted in some serious reconsiderations in the minds of the Facebook management and the Facebook users. In order to protect their privacy, some people are taking more precautions than before. Many people prefer the intimacy of communicating one-on-one or communicating with just a few friends. People are more cautious of having a permanent record of what they've shared. People increasingly want protected spaces where they could communicate privately.

You can't make everyone happy, especially when it involves them. But I read Levy's new book and it's written extremely well and is hard to put down. Yes there are a lot of books on Facebook, but with the social network commanding more than 2 billion DAUs an inside account from someone with access to Zuckerberg and many other of the characters, is welcome in my opinion.

For someone who claims to know as much as he does about Facebook, Levy only manages to capture half of the true narrative at best, in what could be described as nearly 600 pages of anger towards a company and a person.

Levy cannot write for more than a few pages without hurling insults at Facebook, Zuck, or any of its many employees. Seriously - open up and read any few pages at random to see for yourself. There's nothing objective about this writing; a smear campaign, at best.

Don't just take my word for it - read Aaron Greenspan's one-star review of this book, where he calls out Levy for his factuallly inaccurate retelling of Aaron's story from their interview together in 2018 (Greenspan is a former college friend of Zuck's, who makes a number of appearances in the earlier chapters of the book.) Why would Levy intentionally misrepresent the facts if he was not biased in his feelings and sentiments towards Zuck, Facebook, or any of its employees?

This is so dishonest I don't know how Levy views himelf as a person with integrity. I highly reccomend never buying this fiction.

A valuable read for reasons that go well beyond the worthwhile benefit of understanding the evolution of such an important company; the book does an exceptional job of 1) showcasing the phenomenon of unintended/unanticipated consequences that arise from specific actions ...2) how the personality and aspiratons of a company's founder are disproportionately influential on even a sprawlingly large enterprise ... but perhaps most significantly, the saga of Facebook becomes a nearly ideal proxy for the story of how today's global society contines its inexorable evolution to a state where all our relationships ... to businesses, to communities, to ourselves ... seem to be transitioning to something that, at their essence, is digital.

easy 5 star for me, this book was more fair than any other book on FB/big tech that i've read. Every other one seems to cast it as the root of all evil, or a universally incredible force for only good. I would bet that this is the recommended read on the first 15 years of FB, 15 years from now

It's a difficult task to break extensive new ground on facebook, given the amount of ink spilled on this company over the last several years. So, I'm sympathetic to the difficult task facing the author. But, for a book that describes itself as an "inside" account, it felt like I had read most of this before.

I can't put this down. Very well written and such a fascinating story. Must read for any zuck or startup fans.