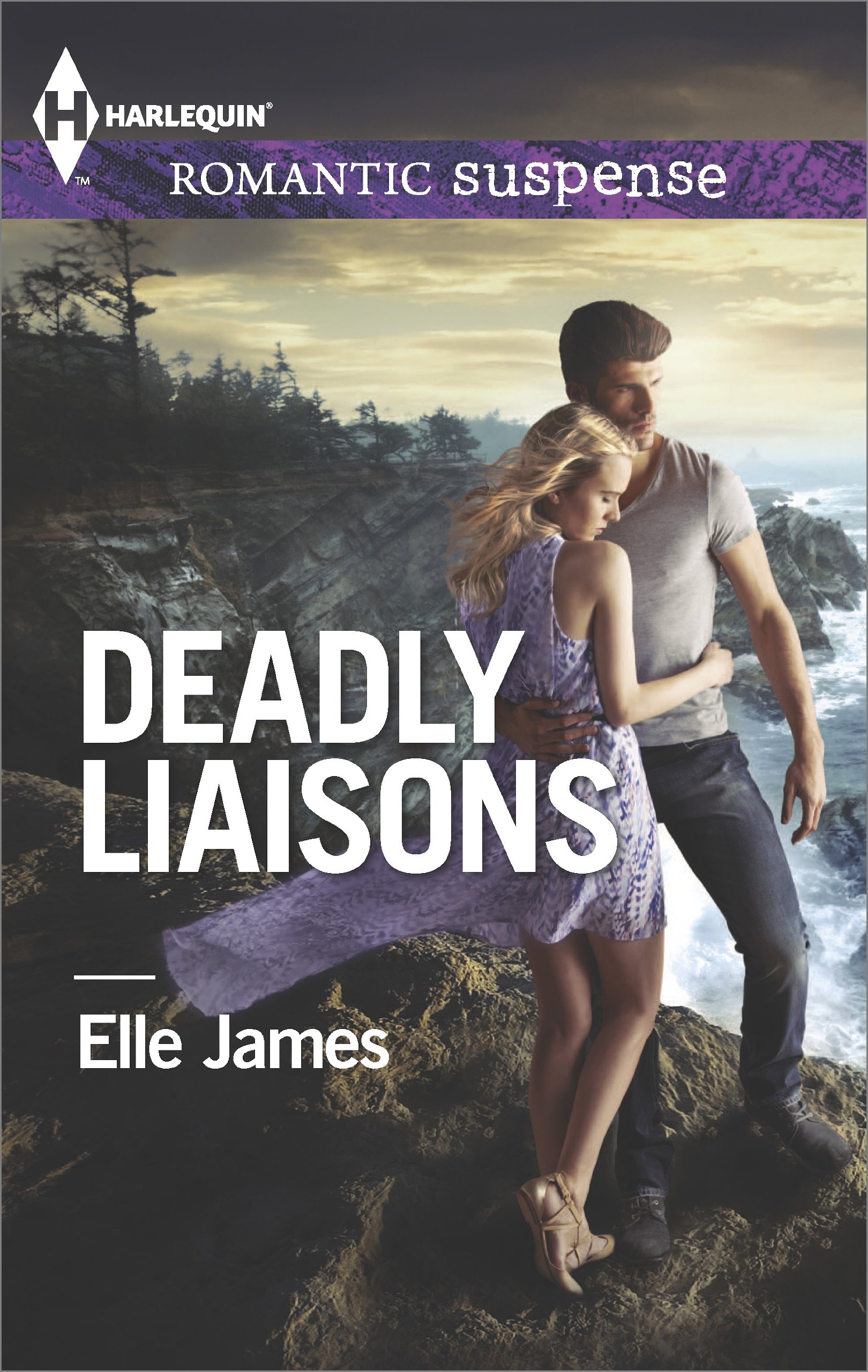 People have been known to perish at McGregor Manor…

Opening her B and B to a group of ghost hunters, Molly McGregor hopes the spirits rumored to be there will appear. She needs the weekend to be a financial success. But when disembodied voices and hazy images nearly lure her to her death, Molly's driven straight into the arms of a sexy but mysterious guest—Casanova Valdez.

Nova knows what it's like to be haunted—by memories of a case gone bad. As a secret agent, he's confident he can protect Molly but is not exactly sure he believes in ghosts. As the mysterious incidents targeting the gorgeous redhead become increasingly more dangerous, Nova must question if it's the handiwork of a ghost…or a killer.

View on Amazon
I really enjoyed this book! This book started off with a eerie feelings with the thick fog off the coast of Oregon, and a bunch of ghost hunters hoping to see a ghost. This book had suspense that kept me engrossed in the story. The action was thrilling. I loved the romance between Molly, and Nova. I will be adding this book to my list of favorites.

Molly owns the McGregor's bed and Breakfast. The home has been in her family for generations. Molly loves her family home but the only way she could afford to keep it, is to turn it into a bed and breakfast.

The story starts out with Molly having a house full of guest. She has a team of ghost hunters. She also has a few special agents that are celebrating. Nova is one of the special agents. The chemistry is instant between the two. Molly knows the relationship can't go anywhere. She knows Nova will be leaving town very soon. When accidents start happening, it's Nova that steps up to help Molly. Nova vows to find out who is trying to hurt Molly. Will he find out who is behind the attacks before the two of them become part of the legend that haunts the house?

If you enjoy a book with a great plot, suspense, action, and romance then I think you will enjoy this book!

Sample from chapter 12 - Lightning lit up the dining room, thunder rattling the chandelier above her. Then a loud snap sounded; the crystals shook violently. Molly's gut told her to move. She tried to stand, pushing to her feet so fast her chair tipped and fell backward, taking her with it. She slammed against her back, her head bouncing off the Persian rug, her vision blurring. Another snap above and in the flash of lightning Molly caught a glimpse of the huge, old chandelier falling towards her. "Get back!" she yelled. Before anyone could move, the chandelier crashed down on the table, crushing the candelabras and scattering broken crystals over the tabletop, floors and the stunned group of people.

Ms. James does a great job of developing her characters. This book has enough intrigue to keep you on the edge of your seat

EASY READ. Nicely written, suspenseful storyline, likable characters, good secondary cast, menacing bad guy(s), good clues, a hot lust-a-thon, and a dramatic and sweet ending. HOWEVER, the villain is obvious early on, the romance is incredibly rushed (just 2 days), and in the beginning the heroine is plain annoying. She hears a voice in the fog repeatedly calling for help – she decides she must be hearing things. She feels someone push her down the stair – she recants saying the fall “scrambled her brains.” This behavior detracts from the storyline.

THE STORY revolves around B&B owner Molly McGregor, and Stealth Operations Specialist Casanova Valdez. As the story unfolds, Molly is holding a ghost hunters weekend at her cliff side B&B. She meets Nova when he and his friends stop by for dinner and his interest in her is obvious. As Nova and his partner drive down the steep winding road back to town, the brakes fail and they jump to safety just as the car goes over the cliff. They walk back to McGregor’s B&B where Nova hooks up with Molly for the night. When something awakens her after midnight, she investigates and a ghostly shove send her tumbling down the stairs injuring her ankle. Nova quickly steps in to help Molly run the B&B, suspecting that someone from one of his previous undercover operations is trying to get to him through Molly. While protecting her from a series of life-threatening mishaps, he races against time to figure out which one of the guests wants to destroy him and why (bpl).

OVERALL, nothing special. There are some suspenseful moments, but it is easy to figure out what is going on early in the story. The DEVIL’S SHROUD series includes Deadly Reckoning, Deadly Engagement, Deadly Liaisons, Deadly Allure, and Deadly Obsession.

You may also enjoy the complex characters and storytelling of N. Bruhns, A. Stuart, and E. Palfrey. For good mystery/detective writers you might try J. D. Robb, D. Stabenow, S. Grafton, Gayle Wilson and Julie Miller.

This book takes place at the McGregor Manor B & B in Cape Churn, Oregon. Nova is an SOS agent and Molly owns the B & B. This story keeps your attention from the first page through to the last. Molly is having a special weekend for ghost hunters and someone is trying to kill them. I loved Nova and Molly and kept cheering for them. There's lots of action, mystery and romance in this book. I can't wait to read the next book in this series. I loved this book and recommend it to everyone.

In Cape Churn, Oregon, Molly McGregor owns and operates McGregor's Bed and Breakfast where several strange deaths occurred over the years and rumors abound of ghosts residing there. Staying at the B&B are several Feds who prevented a potentially deadly terrorist assault (see Deadly Engagement). One of them Casanova Valdez and Molly are attracted to one another.

Someone tampers with the brakes of a car driven by Nova, but he and operative Tazer survive though she broke her nails. Molly and Nova share a wonderful night, but soon afterward she is hurt in an odd accident. Nova insists on staying with Molly especially as more and increasingly dangerous events occur as the rest of the team head home. As they fall in love, Nova vows to take down the vile thug targeting his woman before the pair becomes part of the deadly legend of McGregor Manor.

Returning to the picturesque (except in fog) Oregon coast (see Deadly Reckoning), Elle James provides another terrific romantic suspense with hints of ghostly happenings. The lead couple is a terrific wonderful pairing of a local innkeeper and a Stealth Operations Specialist while the villain (spirit as the heroine thinks or human as the hero believes) lurks nearby.