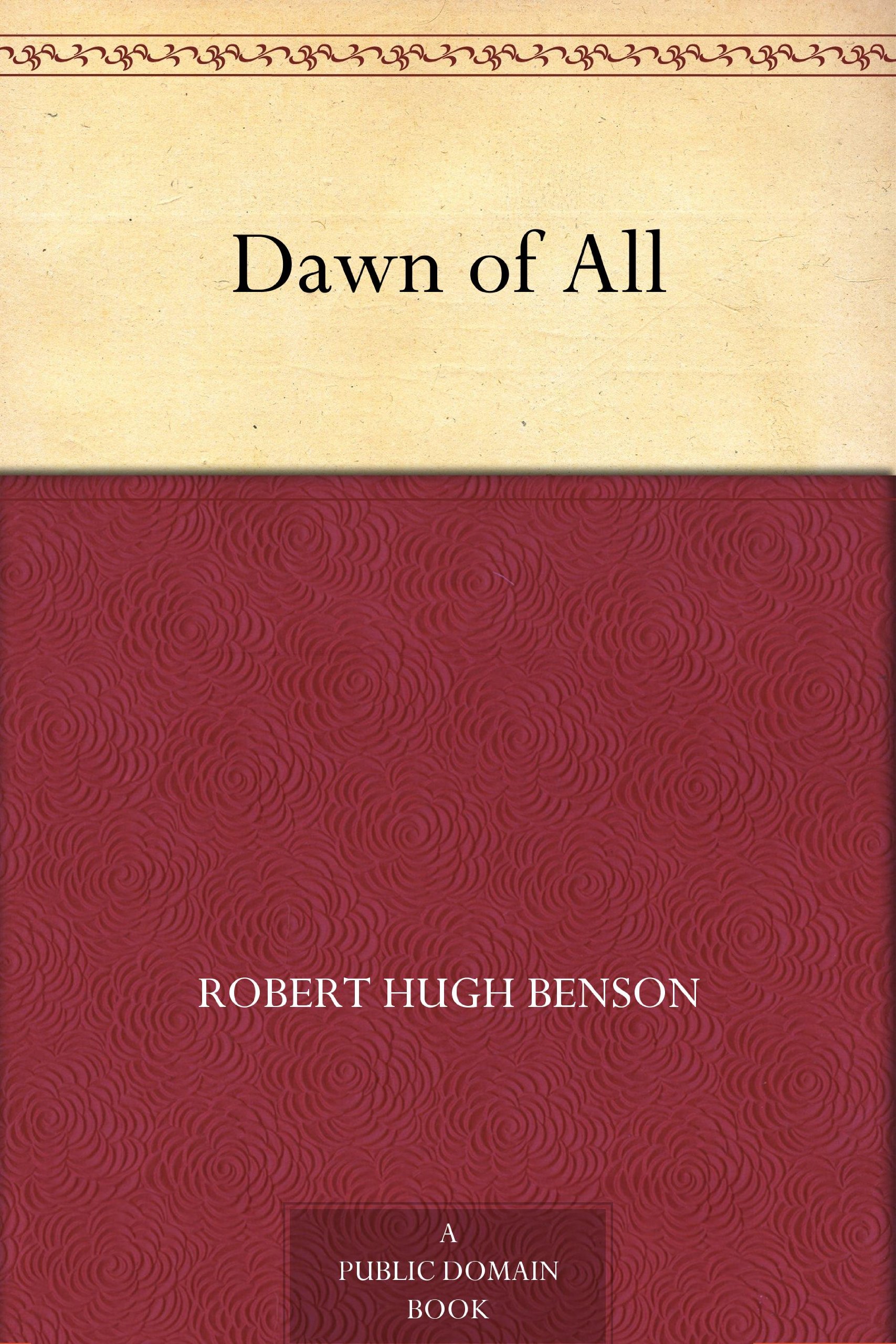 Posted by insidedeltaforce | Published a year ago

This book was converted from its physical edition to the digital format by a community of volunteers. You may find it for free on the web. Purchase of the Kindle edition includes wireless delivery.
View on Amazon
In the introduction to this story, Benson explains that he felt he owed a utopian story of the future to Catholics who were horrified at his "depressing" - yet eerily accurate - projection of the social and political trajectory of secular humanism, which in "Lord of the World" ushers in the AntiChrist. "Dawn of All" is his opposite, encouraging vision, of a world prepared at last to receive Christ as ruler.

In Dawn of All, an apostate priest of Benson's time (early 1900's) is hospitalized and slips into a coma. He awakens with extreme memory loss, to a world that has rejected atheism, socialism, secular humanism... and has recognized the reconciliation of man and God through Jesus Christ and the sacraments of the Catholic Church. This former priest experiences shock and revulsion - what of personal freedom and individuality? Yet he can not deny that the people in this society are actually more personally free and more freely individual. He still resists - how can science be reconciled with faith? It can't, but he can not deny that both science and the miraculous work together effectively, when each acknowledges the other.

Still unwilling to concede that the world he sees is good instead of terrible, he is appalled when the state puts to death a priest charged with heresy, who refuses either to submit to the authority of the Church or to leave the Church and live in a mild form of exile. But he is appalled again when "Socialists" (atheists) rebel, commit murders and plan the imminent annihilation of entire cities to restore "freedom".

Finally he sees that only the Church has the moral authority to rule men, because it represents God, the love of God, and the authority of God on earth.

As a Catholic living in today's world, which eerily resembles the horrific society so well illustrated in "Lord of All", I was fascinated in reading "Dawn of All", a world prepared for the throne of Christ as Ruler. I wished I could go live there!

But I was also, as a Catholic, a little bit repelled by the main character. Throughout the book, the protagonist is actually puzzled by Catholics. He is ultimately persuaded of the truth of faith by the success of the Catholic Church as a beneficient ruling power... not by a conversion of soul, which he never does experience. He never considers God, Christ, sin, individual suffering, judgement, or his own soul. Instead, he is won by the vision of of a social and political structure that he concedes is morally authoritative, superior, merciful, just, and yet willing to sacrifice and suffer when there is no other morally superior choice.

This was especially strange considering that Monsignor Benson was a very, very insightful and skilled observer of the journeys of individual souls. "None Other Gods" is a masterpiece in this regard.

I think only Catholics could really enjoy reading this book (as I did). However, as a Catholic, I've found other novels of Benson's to be superior. This was refreshing (I thought, "WOW!" many times), but not ultimately as incisive as "Lord of All" or as brilliant as "None Other Gods".

There is absolutely no other novel that explores this idea that I'm aware of. I recommend it, but with the expectation that science fiction lovers seeking interesting material from a century ago will like other books better.

When I read my first RHB novel, "Lord of the World," I found it difficult to follow and confusing. "Dawn of All," however, was much clearer to me, and much easier to follow, and more intellectually exciting. The storyline is also rather fantastic, a sort of positive-ish dystopian novel wherein the world of the future (1973) is dominated by Christianity through the Roman Catholic Church, and governments are servants (sort of) to the Church. With all projects by authors from the past, thus written in the past, I find it fascinating to "experience" their perspective (and perception) of time and events. This book was published in 1911, before WWI, the Nazis, the Russian Revolution (Bolshevik +) and WWII. Yet, there are several prescient story-threads in the book that mirror the real future, such as tactics used by the Nazis, Communists, as well as today's Islamic Terrorists, antifa radicals, Progressivist Democrats. e.g., when England was going to vote on a bill to establish the Catholic Church as the state church, there was a reaction by the Socialists that made me think I was reading the news of 2018; this is described for some pages starting at 300. The parallel with today's radical methods is eerie. There are other examples of situations; though I didn't take or make notes, I think these primarily occur in the last 1/3 of the book.

Truly fascinating counterfactual history, mixed with early science fiction. An atheist, who lives before World War I has an experience of the world, decades later, than has become almost entirely Catholic. Won't spoil it for you, but the examination of positive and negative aspects were extremely interesting. The viewpoints, from our perspective, are very layered, since it is of a man living a century ago imagining the future, but within the cultural constraints of his own time, which are themselves, from the point of view of our time, like another world.

Monsignor Benson wrote this second futuristic novel in as an attempt at offering a more positive view of the Catholic church's future than he presented in the first novel Lord of the World where socialism triumphed over religion in a doomed world... In this one, Benson imagines a future where the Catholic church is a dominate force in government, education and even science, a complete reversal of the situation in the first novel. He does so through his principal character, Monsignor Masterman, a priest who after losing his faith, becomes so ill, he.falls into a coma-like sleep only to awaken without any memory sixty years later in in a world dominated by the church. Throughout the rest of the novel, the Monsignor regains his memory and his faith, surely positive things. As great as that sounds to a Catholic like myself, the tale, as Benson presents it, reminds us to be careful what we wish for. As renewed as the Monsignor's faith is, he soon becomes troubled by the "employment of force on the side of Christianity" as evidenced in the heresy trial of Dom Adrian Bennett and forced immigration of "infidels" to, of all places, America where they are free to think as they like. Everywhere else, it seems, government, not the church itself, is ready to prosecute " heretics and blasphemers" to the full extent of the law. Not as barbaric as Isis perhaps, but not exactly the church of Jesus Christ either. I enjoyed the novel ( it's the fourth Benson book I've read ), but less than the others largely because it seemed more talk than dramatic action, too limited in its characters ( no women, all clerics) and less plausible than his other works.

This book is a MUST read! Although written a century ago, you won't be able to put it down. Read also his companion book, Lord of the World.

Very though-provoking book. Great sequal to God of the World by the same author.

A thoroughly Catholic novel. R.H Benson's view of what the future holds if we hold to modernism - written in 1907. Prophetic!