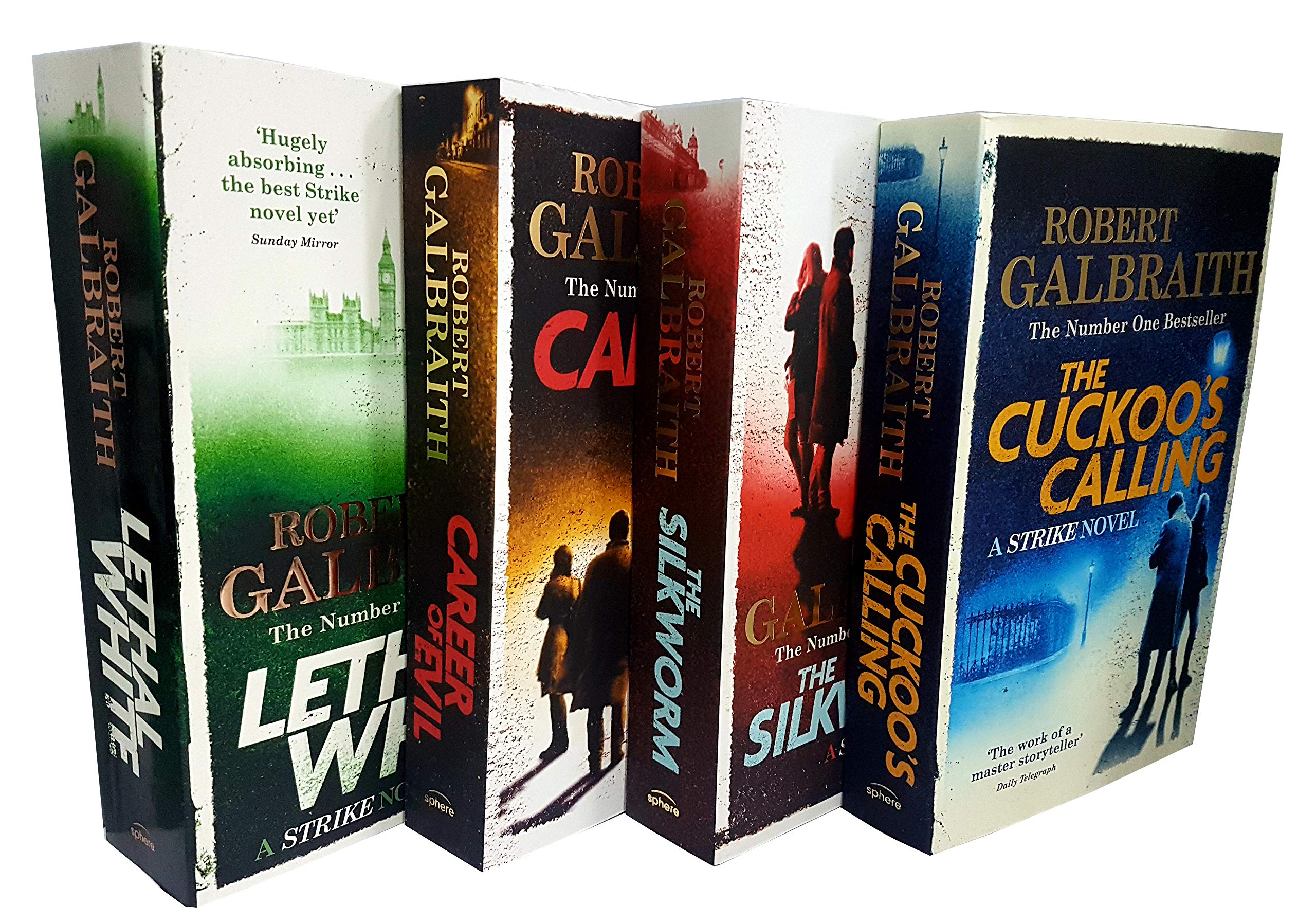 Cormoran Strike Series Robert Galbraith 4 Books Collection Set ( The Cuckoo's Calling ,The Silkworm,Career of Evil,Lethal White). Titles In This Set:- The Cuckoo's Calling;The Silkworm;Career of Evil;Lethal White. Description:- The Cuckoo's Calling: When a troubled model falls to her death from a snow-covered Mayfair balcony, it is assumed that she has committed suicide. However, her brother has his doubts, and calls in private investigator Cormoran Strike to look into the case. The Silkworm: When novelist Owen Quine goes missing, his wife calls in private detective Cormoran Strike. At first, she just thinks he has gone off by himself for a few days - as he has done before - and she wants Strike to find him and bring him home. Career of Evil: When a mysterious package is delivered to Robin Ellacott, she is horrified to discover that it contains a woman's severed leg.Her boss, private detective Cormoran Strike, is less surprised but no less alarmed. Lethal White: When Billy, a troubled young man, comes to private eye Cormoran Strike's office to ask for his help investigating a crime he thinks he witnessed as a child, Strike is left deeply unsettled. While Billy is obviously mentally distressed, and cannot remember many concrete details, there is something sincere about him and his story.
View on Amazon