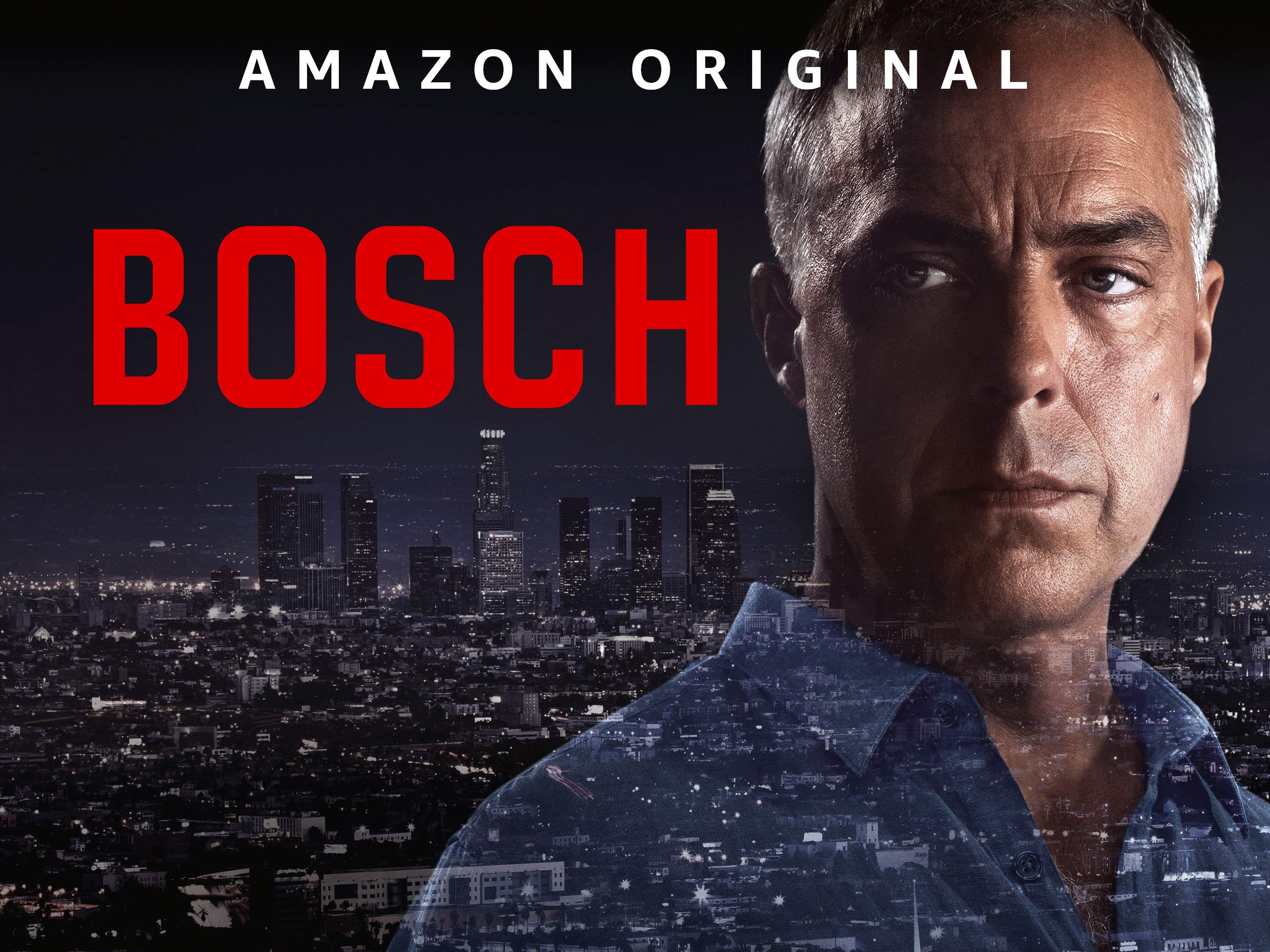 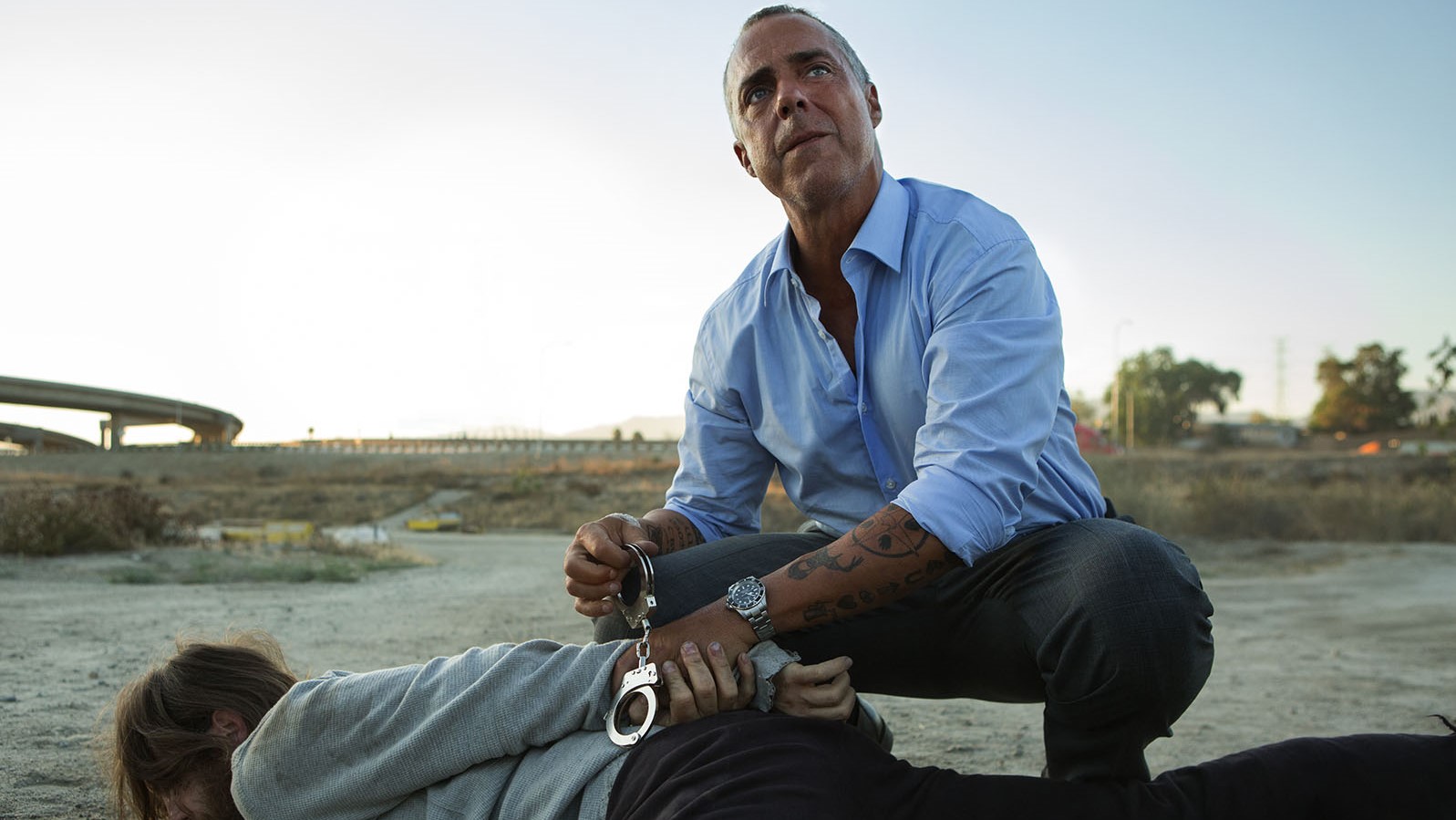 Season 1 & 2 were awesome, I really enjoyed each one. I can't wait for season 3. The writing, acting, and directing are top notch. I was really surprised how good the show is and I'm a fan and hope that Bosch is the new Law & Order or Cops, in the sense that both of those series were law enforcement related and were long running shows. Bosch is a mix of the two in some ways. Trust me, you will like Bosch.
Two thumbs up here <---------

Titus Welliver, as Harry Bosch, leads a strong cast of actors that are pitch-perfect in helping bring Michael Connelly's LAPD procedural novels to the small screen. I found Season 2 even tighter and stronger than the first season, which I also gave Five Stars. My compliments to all those actors in front of the camera and those directors and technicians behind the camera that are staying true to Connelly's written words. Can't say enough about Welliver's performance as LAPD Det.3 Harry Bosch. Just the right emotional balance of "hard and soft." Tricky to catch those emotional tones, but he's done it. Keep up the great work. Steve Hodel, Det. 3, LAPD Hollywood Homicide (ret.)

My husband and I just finished binge watching Season 2 of Bosch. The only disappointment is that there are only 10 episodes! We want more Bosch! There is so much that is superb about this intelligent series. Of course, Michael Connelly's books are the source material. Even though the series is a mashup of several Bosch books, the screenwriters do a good job of making it make sense without alienating the readers who know the stories. So you get intelligent story lines with believable characters.

The superb cast of Bosch breathes life into those characters. Titus Welliver was born to be Bosch. His portrayal of Bosch is so perfect that I can't imagine anyone else in this part. The rest of the regular cast equals Welliver's performance, in particular, Lance Reddick as Irvin Irving, Jamie Hector as Jerry Edgar, Amy Aquino as Lt. Grace Billets, Madison Lintz as Maddie Bosch, and Sarah Clarke as Eleanor Wish.

Bosch should be nominated in every acting, writing, and directing category. This series alone justifies the cost of Amazon Prime Membership.We'll be watching Season 2 again in its entirety. In fact, we may just host a Bosch film festival party and show Season 1 and 2 back to back.

Don't start this unless you've got some time on your hands... I binge watched BOTH seasons in 2 days!! I even forgot to eat! I LOVED this series! Excellent plot, characters, acting... Exciting episode after episode. Made it very difficult to get any sleep, lol, since I had to watch the next episode to see what happens next. Some say it's a "standard cop" show... Bosch is NOT even a little bit standard. I LOVE seeing the good guy win, but not all of them did in this story. Very suspenseful, tale that draws you in and keeps you hitting "Next Episode" even when you KNOW you need to get some sleep. I recommend this to anyone who pulls for the good guy & doesn't mind a few bad words.The cops act like cops so well that it's hard to believe they don't have job experience in law enforcement.

Don't waste your time reading the bad reviews. I did. Let me tell you what they said... Many gave it ONE STAR because of the cussing. We may not like it, but that's life in America. May not be right, but people cuss. More so when under stressful circumstances... Among the reviewers, many are avid book readers & I know from experience, book readers are ALWAYS gonna hate a show/movie based on their favorite author. So they gave Bosch ONE STAR because they said it wasn't as good as the book. Even if that's true, what if we didn't read the book series?? Should we pass this up?? NO! They don't realize that books can't equate to shows/movies. They're totally different animals. A book has the luxury of many pages, unlimited even at times. They can take their time setting up the scene, the characters, describing every nuance. A TV show can't. There are only so many minutes per episode. Only so many episodes per season... Other reviewers were amateur reviewers who clearly LOVED the series in every way, not a bad word about the series, yet they gave it ONE STAR. It's very likely that they thought it was a #1 show, so they gave it ONE STAR, lol... Also, I can't tell you how many blamed the series, giving it ONE STAR, just to tell Amazon that they hated the series because the video was buffering. That's NOT the series fault, not even Amazon's fault, but is the fault of their internet provider, or internet speed. One guy even gave it one star because it's not available on DVD and he's got limited internet availability! Very few actually disliked the series for good reasons, lol... And look at the number of GOOD reviews compared to bad ones. Even if the bad reviews were legit, it would still be a show worth watching based on percentages alone!

Bottom line?? The only thing I didn't like about it was there are only two seasons! They ended both seasons well. No loose ends. Give Bosch a shot (Seasons 1 AND 2). You be glad you did!