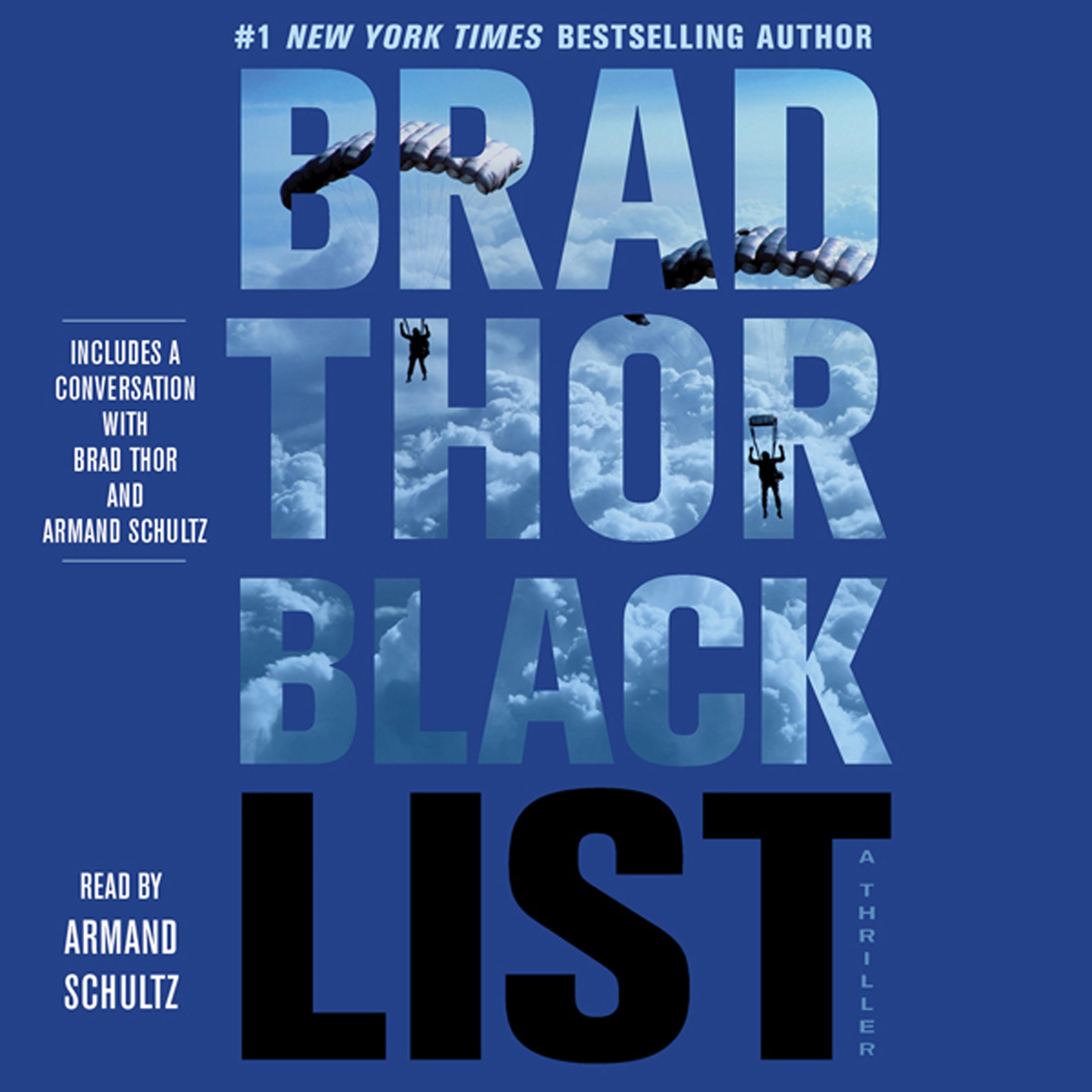 From number one New York Times best-selling author Brad Thor comes his most explosive thriller yet. Packed with action, intrigue, and sublime plotting, Black List is the ultimate tale of deception in a world where "even in death" secrets can no longer be kept.

Somewhere, deep inside the United States government, is a deadly list. Members of Congress never get to see it and only the president has the final say over it. Once your name is on the list, it doesn't come off - until you're dead.

Someone has just added counterterrorism operative Scot Harvath's name to the list.

Somehow, Harvath must evade the teams dispatched to kill him long enough to untangle who has framed him for treason and why they want him out of the way.

Somewhere, someone, somehow can put all the pieces together. The only question is: Will Harvath get to that person before the United States comes under the most withering domestic terrorist attack ever conceived?

View on Amazon
I've bought all the Brad Thor books, and have read most of them...but just finished "Black List," and am disappointed. Not sure what's wrong with Thor lately, but the writing is going down hill...and in this book, nothing happened.

Yes, nothing...unless you consider the usual stuff like beating up guys tied up in chairs and waterboarding a guy as something "happening," there was very little action in this book.

And if I read one more Thor book where Harvath's accomplices are "highly trained highly skilled and beautiful women assassins," that will be the last one. Get real. "The Athena Project" and now "Black List"...too many unbelievable women characters. If I wanted that junk I would start reading "Wonder Woman" comic books. No thanks.

And why doesn't Thor learn to write realistic radio transmissions? Harvath is in the process of infiltrating the bad guys' hide out, and gets on the radio to call his henchwoman:

"Overwatch. This is Norseman. Do you copy? Over."

"This is Overwatch," she replied. "I copy you, Norseman. Over."

Really????? In a combat situation, sneaking into the enemy's building, he bothers to ask if his henchwoman can hear him? Even amateurs like my unit in Vietnam (not super-duper special forces guys) didn't talk that way...we knew better...way too much chatter (wasted word) and too much danger of someone else hearing it.

A real guy like Harvath would never make that kind of mistake.

So, who cares about reality? Not that big a deal, maybe...but come on , man...if you're going to write this stuff, give us an exciting reason for what the bad guys are doing, and raise the stakes to some kind of apocalyptic plot...not just boring stuff of flying around the world, stopping in various countries, torturing guys tied up in chairs, and then sneaking into the bad guys' castle.

Thor's books used to be great...maybe not so much anymore...I'm sorry about that.

All the books that I've read on this Scot Harvath series (19 total) by Brad Thor have been highly entertaining, spy-action thrillers that have not disappointed. Each book can be read by itself, although there is a connection with the characters and plots from the prior books. Every book contains information about a different topic or theme that is tied in to the particular plot of that book without being repetitive. They are very well researched and cover contemporary topics with action packed, plausible plots. Thor is a very good writer of this genre and knows how to keep you turning the pages and looking forward to the next book.

Ok - Brad Thor is followed by the avid reading masses and I agree he is an immensely talented writer, but anymore he boggs me down with way too much background or historical perspective - I found myself saying, "ok Brad, let's move on, shall we?" Scot Harvath did have some stealthy scenes, but too few for my taste in thrillers. If you are a die hard fan, you will like this book, but I am giving BT a rest for awhile.

In the forward, we are told the systems written about in the book are real.
Some are operational now and some will soon be operational.

When I was 80-100 pages in, I got on the PC and started doing searches. It was all there!
The programs, the systems, weren't made up. There are a LOT of things I was unaware of,
and I try to keep up with the news.

As I read the book, and followed the links turned up by code-names and program names,
I was watching Fox news and reading web news sites. After doing this for awhile,
I started to feel like Brad Thor was a Nostradamus, who had predicted our 2013 news, back in 2012!

After looking at things for a while, I also wondered why we needed a new NSA Data center in Utah, when we already have a huge NSA data center in San Antonio TX. Why so large, just to keep records? Data storage devices are getting smaller in size all the time.

Warning:
If you have been watching the political news closely this spring,
and like to do research, and read news on the web.
As you read Black List, you might find yourself feeling some very real paranoia,
when you look at your PC or iPhone.

At night when you want to sleep, you may start to wonder about those calls to your home number.
Those hang-up calls that went to voice mail. No message. Obviously just a bunch of wrong-numbers.
At 1AM, you might start asking yourself, why did I go with Verizon?
Were any of those wrong-numbers from one of those Boston Bombers, or one of their friends, over in Cambridge?

Anyways, I've read two other Brad Thor books, (The Last Patriot & State of the Union)
but 'Black List' is the best so far.
It's very much in phase with the bad news these days. These very scary days..

PS:
This book had a pretty big impact on me. I recently told some friends,
"Black List, should come with a tin-foil hat..
If you read it, while absorbing the daily news this past month,
you just might start thinking about conspiracy theories."