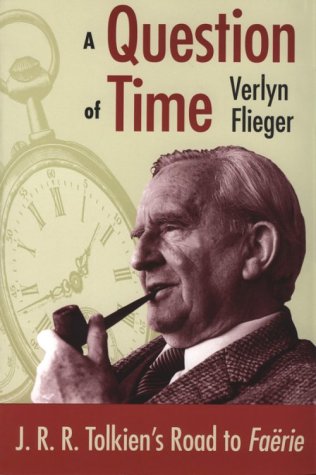 J.R.R. Tolkien’s The Hobbit, The Lord of the Rings, and Silmarillion have long been recognized as among the most popular fiction of the twentieth century, and most critical analysis of Tolkien has centered on these novels.  Granted access by the Tolkien estate and the Bodleian Library in Oxford to Tolkien’s unpublished writings, Verlyn Flieger uses them here to shed new light on his better known works, revealing a new dimension of his fictive vision and giving added depth of meaning to his writing.

Tolkien’s concern with time―past and present, real and “faerie”―captures the wonder and peril of travel into other worlds, other times, other modes of consciousness.  Reading his work, we “fall wide asleep” into a dream more real than ordinary waking experience, and emerge with a new perception of the waking world.  Flieger explores Tolkien’s use of dream as time-travel in his unfinished stories The Lost Road and The Notion Club Papers as well as in The Lord of the Rings and his shorter fiction and poetry.

Analyzing Tolkien’s treatment of time and time-travel, Flieger shows that he was not just a mythmaker and writer of escapist fantasy but a man whose relationship to his own century was troubled and critical.  He achieved in his fiction a double perspective of time that enabled him to see in the mirror of the past the clouded reflection of the present.

View on Amazon
I have been curious about our relation to time for many years now. It may seem like a bit of a fringe topic, but how one views time affects how one views God, others, our memories, and our dreams.

CS Lewis and JRR Tolkien frequently discussed the issue of time during their years of friendship, and both wrote about their view of time in their books, usually in the form of stories.

Verlyn Flieger has studied this issue in depth as it relates to the writings of JRR Tolkien, and so I wanted to see what Flieger had learned.

This book talks about some of this, and how Tolkien used his writings to explore the issue of time and time-travel through dreams and memory.

The book is somewhat difficult to read in parts, and so I only recommend reading it if you are interested in learning more about what Tolkien though about time.

Flieger is one of the most respected Tolkien scholars, having written extensively in the field. This particular book concerns how time is perceived in the professor's works, not just Lord of the Rings, but also the incomplete The Lost Road and The Notion Club Papers, both of which explore time travel, as well as the shorter bits of poetry, including "The Sea-Bell" which is attributed to Frodo's dark dreams after he returns from the Quest. It's a very interesting book and has made me want to read the incomplete stories and undoubtedly mourn the fact that so much of his work was left undone when he was called home. It also has separate chapters on Frodo's dreams, the sense of time not passing in Lothlorien and the remark of Frodo's that returning home would be like falling asleep instead of waking from a dream. There is much food for thought in this book and recommended for anyone interested in Prof. Tolkien's works, not just the ones that made him most famous.

This is a scholarly, highly readable and emjoyable work examining J.R.R. Tolkien's writings in light of his known interest in dreams and in time. This work is particularly fascinating in that Flieger does not merely study Tolkien's published works but also analyzes his unpublished but still intriguing writings like The Lost Road. I enjoyed the scholarly analysis, and I found particularly interesting the chapter on some of Tolkien's influences in this area, including some hitherto unsuspected works like the writings of George Du Maurier, J.W. Dunne's theories, and the famous Trianon Ghosts case.

If you are just discovering the world of Tolkien criticism you should probably begin with T.A. Shippey's works instead of this one, but Flieger's work will eventually add to your understanding and appreciation of Tolkien immeasurably.

I think the author's understanding of time and its fluid quality is very perceptive and I found the book highly readable due to this exploration of Tolkien's writing.

Certainly not a book for the novice, but if you are interested in some of the ideas that must have fed Tolkien's fertile imagination then you will enjoy this book.

This is another excellent book by Verlyn Flieger!

Anyone that read Shippey or Pearce can recite by heart the known themes that exist in LOTR: mythology (Norse, German or even Celtic), Christian, Linguistic or Philosophical theme (Aristo or Neo Renaissance influence etc.). But after you had learned those themes, you are spending a lot of time and effort to find some new themes or new ideas. There are a lot of books about Tolkien and most of them discussing the known themes.

If you want book about those themes, A Question of Time is not the book for you. If you are a novice Tolkien researcher, you should read Shippey, Pearce or Anderson and don't start with this book.

This book contains different themes and ideas. The main theme in this book is about time and dreams, an idea that I never thought about or read it elsewhere. Flieger shows us that LOTR and other Tolkien's creations have a grain of time and time travel inside of them. She backs her theories with powerful examples from LOTR drafts (History of Middle Earth vol. 6-9) and from Tolkien's time travel story (Vol. 5 and 9).

Flieger does convince me that Tolkien thought about time and incorporated his thoughts in LOTR. I was amazed that after reading and researching Tolkien for such a long time, she actually told me something new, something that made me read LOTR and the Legendarium in a different perspective. I had the same feeling after I read Shippey's book and I am sorry to say that few of Tolkien criticism books are giving me the same sense.

To summarize my words: Read Shippey, Pierce, and Hammond & Scull and of course Anderson's annotated Hobbit first. But If you have read those already and you are searching for a new theme - READ THIS BOOK!